Welcome to Women’s History Month! We love when this time of year rolls around, and we get to look back at all of the badass women who have come before us. In a time when women continue to fight for their rights, we remember the females who have come before, getting us to where we are today.

The yoga world is no exception. For thousands of years, the practice has been dominated by males. Women, up until the past two centuries, were not accepted into programs of study. In India, where yoga has its roots, women were traditionally in the homes. But they didn’t keep out of the picture entirely. While men were developing the practice of yoga Asana, women were studying the earth and seeking balance through attuning to nature. Women, were practitioners of Ayurvedic wisdom, holding and developing a consiousness of their own.

Today, to celebrate Women’s History Month, we are featuring yoga’s lesser known women, the females who helped shape the history of yoga as it now lives in the Western World. 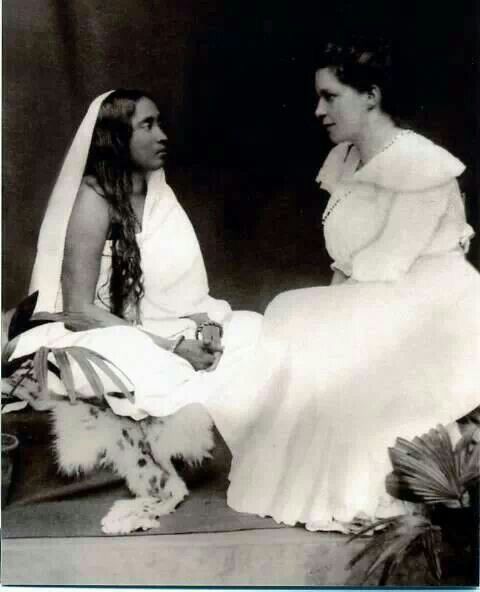 Margaret Noble grew up in Ireland, and later came to take the name Bhagini Nivedita when she committed herself to study under Swami Vivekananda in 1898. Doing so, made her the first woman to join an Indian monk’s order. She became a prolific orator and writer who extensively toured India to deliver lectures on India’s culture and religion. Witnessing the brutal side of the British imperialism, she fought much of her life to reclaim India from British rule, becoming a champion of national independence and the nobility of Indian life. 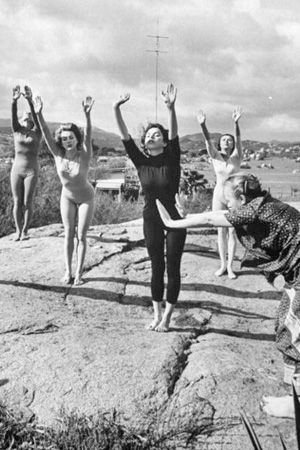 Here, we see Indra Devi teaching yoga to actresses in Hollywood. In the 1930’s, Indra became the first female accepted under Sri Krishnamacharya, studying alongside other notable names such as Pattahbi Jois and BKS Iyengar. Not only was she a female pioneer in yoga; Indra went on to be a major proponent for spreading yoga in the West. At the request of her teacher, Krishnamacharya, Indra spread yoga, teaching across the world from China, India, and Mexico, to Russia and the United States. Her teachings became especially popular with Hollywood celebrities who found her breathing techniques helpful. This helped to popularize yoga in the west, one of the reasons Indra has become known as “The First Lady of Yoga.” After a long, successful teaching career, Indra passed away in 2002 at the ripe old age of 102 years old. 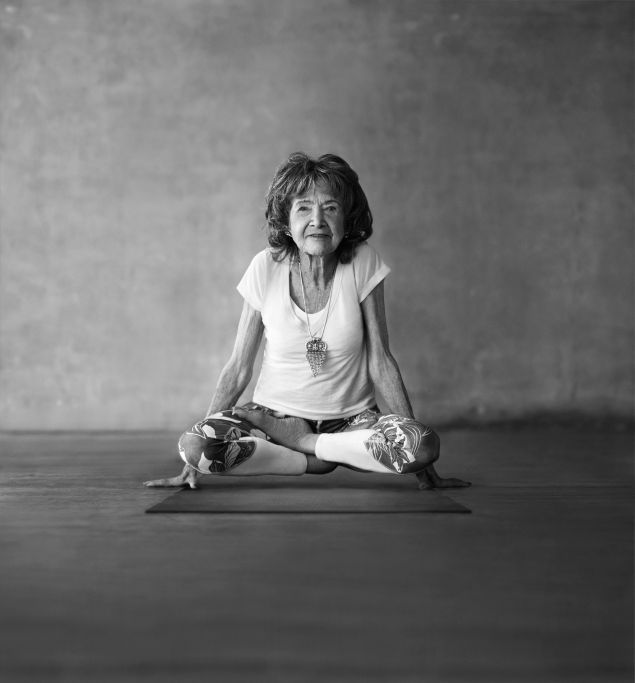 At 98 years old, Tao Porchon Lynch has seen more of yoga’s history than any soul alive today. She is the oldest living yoga instructor and has recently been featured across the ad campaigns of major brands such as Athleta. Tao was raised in India by an uncle who introduced her to the likes of Mahatma Gandhi. When she was just 12 years old, they spent time traveling and marching with the prolific guru. As an adult, Tao found herself in a dance troupe, entertaining soldiers during WWII and making her way to Hollywood where she taught yoga to actresses in-between visits back to India where she continued to study under teachers such as BKS Iyengar and Pattabhi Jois. In 2012, Tao was accepted into the Guinness Book of World records, and today she continues to teach multiple classes a week and travels the world for appearances at yoga festivals and gatherings.

No Comments Yet - Add yours! +